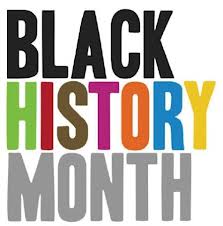 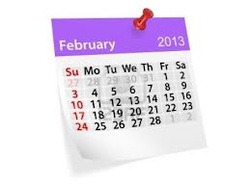 Don't Forget Valentines Day Is February 14th!!! Click on the calendar image above to order your sweetie some chocolate from Esther Price. Riverside's best chocolate!!!

As was announced earlier in 2012, the City of Riverside has been awarded a grant from the Ohio Department of Transportation’s (ODOT) Municipal Bridge Fund to help pay for the replacement of the Fairpark Road Bridge. As you may recall, the bridge was closed to vehicular traffic in July 2011 after the bridge sustained significant damage caused by heavy spring rains.

The Fairpark Bridge Replacement Project calls for the removal of the existing bridge deck and supporting I-beams, originally constructed in 1954. Once the old bridge deck is removed, new I-beams will be laid followed by a new roadway surface and guardrails. The new bridge deck will account for two, 11-foot vehicle travel lanes and 5-foot shoulders on either side of the travel lanes for a total bridge width of 32 feet. The new bridge deck will be approximately 10 feet smaller than the existing bridge deck to accommodate for existing utilities within the area as well as eliminate the need to work outside of the public right-of-way. The plan will leave as much of the existing pavement as possible at the northeast corner but will place guardrail from the end of the bridge rails to the vicinity of the existing embankment. It is likely that the proposed guardrail posts will be placed through the existing asphalt to avoid the need for construction equipment to exit the right of way. The approach slabs on both ends of the bridge will be graded to accommodate the existing roadway elevations and pavement work is expected to be limited to minimal approach work within the right of way. Pavement limits are not expected to extend beyond 100′ in any direction.

Presently, the City and ODOT are working together to address as much of the Project’s preliminary work as possible. To this end, the City of Riverside is taking comments from the public with regard to this project’s impacts to the community. Issues you may wish to comment on include, but are not limited to, the effect of the project on local residents, air quality, the local economy, and historical or cultural resources. Comments can be sent via email to citymanager@riverside.oh.us or via US Mail to City of Riverside, City Manager, 1791 Harshman Rd., Riverside OH 45424.

Airway Shopping Center:  Earlier in 2012, City Council passed a TIF (Tax Increment Financing) for the Airway Shopping Center and outlying buildings.  The purpose of a TIF is to reinvest tax revenues paid in a particular area directly back into that area by way of capital improvements. As one of the first improvements, the owners of Airway Shopping Center paid to relocate the traffic signage on Woodman drive from 85 Woodman to 101 Woodman.  This light relocation will create as many as seven new outlots with the potential to add nearly $8 million in new commercial development.
Page Manor: 90% Occupancy rate.  After a devastating fire, the Page Manor Shopping Center has been completely renovated.  Manor Wine is expanding and Linh’s Restaurant will be opening a second location in 2013.
Harshman Station: 75 % Occupancy rate.  Harshman Station has recently changed hands, and is currently undergoing renovations.  They are also welcoming new stores to the center.

DAYTON — Mayor Gary Leitzell and his counterparts in Trotwood and Riverside are traveling to Turkey next week as part of a contingent to build stronger relations with the Turkish government, and business and education communities.

The group will include economic development experts from each city as well as a Wright State University and University of Dayton officials, local community leaders and a member of Dayton’s Akiska Turk community.

“The trip makes sense, in part, because of our large Turkish community,” Leitzell said.

Islom Shakhbandarov said his community numbers more than 400 families in and around Dayton.

“The purpose is to build better relationships between our region and Turkey and to explain our region and what opportunities it can offer for Turkish businesses,” he said.

Leitzell said the group will be meeting with political and business leaders as well as educators. “Part of the trip will be cultural so we can learn more about Turkey,” he said.

Riverside Mayor Bill Flaute also is paying his own way, while the city is picking up the $2,500 tab for Bob Murray, Riverside’s director of economic development and planning.

“Having a Turkish community here that speaks the language, this seems like a natural,” Murray said.

“It seems like we have a leg up than other places in the country.” Last year, Riverside approved a zoning permit converting nearly 16 acres of land on Old Troy Pike into a Turkish cemetery, and about a year ago, a Turkish barbershop opened near the intersection of Woodman Drive and Burkhardt Road.

“To me, it’s an international mission to help people and help our city, and I’m excited about that,” Flaute said. “We want those folks to come here and open businesses, like the barbershop.”

For Trotwood Mayor Joyce Cameron, who previously worked in NCR’s international division, it will be her third trip to Turkey but her first as a public official. Cameron said she, too, is paying her own way. No other city staff are making the trip. The city, she said, “cannot afford a trip like this.”

Wright State’s associate vice president for international affairs, Stephen Foster, will be meeting with various Turkish education officials, according to Jim Hannah, a university spokesman. Last year, the school signed a cooperation agreement with ATILIM University in Ankara, paving the way for the two schools to collaborate in research and graduate education. Hannah said Foster would be focusing on such partnerships during the trip. 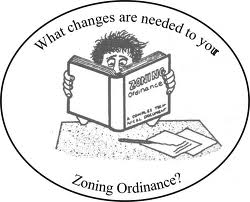 Currently, the City’s Planning & Zoning Code has been in use since the City incorporated almost 17 years ago. While specific sections of the Planning & Zoning Code have been updated and amended from time to time over the years, the vast majority of the Code has remained largely unchanged. Over this same time period; the ideas on how land should be used, developed, and how land uses and development relate to one another has changed quite dramatically. As citizens, property owners, and City staff have become more knowledgeable on property use and development as ways to increase property value, spur economic development, and help define our community; the existing Planning & Zoning Code became more complicated and less user-friendly.

Beginning in early 2011, the Planning Commission, and later the City Council, with guidance from staff, the Law Director, and others; began reviewing and recommending new zoning language and zoning map districts as a means to create a modern, user-friendly Planning & Zoning Code, called a Unified Development Ordinance (UDO). The UDO presents the City’s regulations on building and land use in a format that is easier for all users to comprehend and utilize. As part of the final process in adopting the UDO, both the Planning Commission and City Council will hold public hearings to accept citizen comment on the proposed UDO and changes to the Official Zoning Map of the City of Riverside. While the dates for these public hearings have yet to be scheduled; the City’s Ordinance requires that all property owners within the City receive notice via first class mail noting the date and time of the hearings. So that you can be as informed about this project as possible; watch for the hearing notices to arrive in your mailbox later in the year.

If you are interested in reviewing the proposed UDO in advance of the public hearings planned for later this year, please utilize the links below. If you would like to review the UDO in person, please feel free to stop in at City Hall and request to view the public copy. Should you have any questions or concerns after reviewing the proposed UDO, please do not hesitate to contact City Hall at 233-1801.